Audio | CBC Unreserved on “Decolonizing the classroom: Is there space for Indigenous knowledge in academia?” – Canada

Priyamvada Gopal on the rights of indigenous peoples (Adivasi in India): Colonialiality is a dynamic we need to be alert for as much in the present even within so-called independent, decolonized countries [quote from 31:30 onwards]

Listen to the full episode including an interview with author Priyamvada Gopal (53:59) on CBC radio >>

Priyamvada Gopal’s book, Insurgent Empire, tells stories of how rebels in the colonies changed British attitudes about empire and democracy. The author believes if you lay claim to ideals of equality and social justice then, to be consistent, you must oppose all forms of colonialism.  […]

“The things done in your name, they will come back and bite you,” said Gopal.

Gopal believes the anti-colonial alternative of choosing not to dominate can have potentially great benefits.

“We do need to find a different way of relating to each other,” argued Gopal.

“If we don’t do that, if we don’t embrace sincerely the principles of egalitarianism, then we are headed for extinction.”

Priyamvada Gopal is a writer and commentator who teaches in the faculty of English at Cambridge University. Her most recent book is Insurgent Empire: Anticolonial Resistance and British Dissent.

Kyle Muzyka · Posted: Oct 04, 2019 | View more photos and listen to this or other CBC Unreserved broadcasts >>

Newman sat in his living room, and put his feet up on a wooden stool. He knew he wanted to work with objects that represented residential schools, but he wasn’t sure how to approach the project.

He glanced down at his feet on the wooden stool, and he looked at how the wood was joined together.  “I had my a-ha moment,” he recalled.
“If I gathered pieces of residential schools,” he said. “I could make a blanket out of them.” […]

Old bricks, doorknobs, braids of hair, rusted latches and nails are just a handful of the items that comprise The Witness Blanket. The 12-metre-long blanket is currently housed at the Canadian Museum for Human Rights in Winnipeg. Newman and his team visited roughly 80 communities and spoke with more than 10,000 people. The blanket was assembled from 600 objects and belongings. […]

Newman called The Witness Blanket the most important work he has undertaken. When he started work on the the blanket he hoped it would be a healing project for him, his family and others affected by residential schools. But the project exceeded his hopes.

The Witness Blanket helped bring Newman closer to his family including his father, a residential school survivor.

Residential school survivors who have seen the blanket have told Newman that it helps carry their story into the future — a story that is often too hard for them to tell. […]

Newman’s work will be permanently displayed at the Canadian Museum for Human Rights, but he’s working on a replica that will travel across the country. “I hope that this exhibit continues the work that the blanket began. I hope that it can go further afield into places that the blanket couldn’t get to,” said Newman.

Newman hopes that the belongings that make up The Witness Blanket will give people “a sense of that tangibility of residential schools,” he said.
“All of those objects were in schools. All of them are witnesses.”

Inspiring human rights, reflection and dialogue.
The Museum fosters an appreciation for the importance of human rights, spurs informed dialogue and invites participants to identify the contemporary relevance of past and present human rights events, both at home and abroad. The Museum exemplifies Canadians’ commitment to freedom and democracy and aims to ignite an informed, ever-evolving global conversation. […]

As the world’s first museum dedicated to human rights, we are centred around the idea that respect and understanding of human rights can serve as a positive force for change in the world.

Education is the key to reconciliation

“Education is what got us into this mess … but education is the key to reconciliation,” said Senator Murray Sinclair, who led the Truth and Reconciliation Commission [for Canada].

This week on Unreserved, three years after the release of the TRC’s final report, is there space for Indigenous knowledge in academia?

Student Danielle Bourque on why she doesn’t like being singled out for being First Nation in her graduate courses.

Professor Sheila Cote-Meeks wrote the book, Colonized Classrooms: Racism, Trauma and Resistance in Post-secondary Education, which looks at the experiences of Indigenous students and academics in post-secondary education.

Professor Eve Tuck weighs in on the challenges that face the academy as it strives to Indigenize.

Hayden King on the challenge facing Indigenous academics and faculty members as universities and colleges across the country look to hire more Indigenous faculty.

And Dr. Kyle Powys Whyte and Dr. Sarah Hunt discuss what it’s like for Indigenous academics to go through the peer review process.

The poet and host of CBC Radio’s “Unreserved” talks about sharing her mother’s story of residential school in her latest poetry collection. 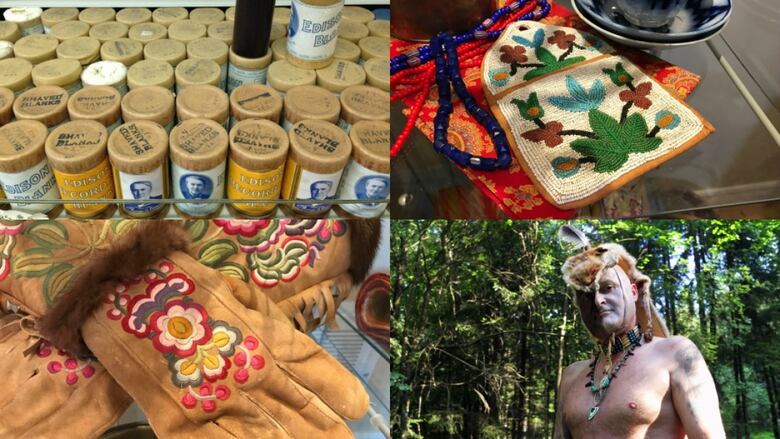 * Ekalavya (Eklavya, Eklabya): the name of a legendary archer prodigy “who, being a Nishada [Sanskrit Niṣāda, “tribal, hunter, mountaineer, degraded person, outcast”], had to give his thumb as a fee to the brahmin guru thus terminating his skill as an archer.” – Romila Thapar (“The epic of the Bharatas”) | Read the full paper here | Backup download link (pdf) >>

Note: “Forcibly transferring children of the group to another group” amounts to genocide, which the United Nations Office on Genocide Prevention defines as “acts committed with intent to destroy, in whole or in part, a national, ethnical, racial or religious group” (Article II, d & e)

The word “genocide” was first coined by Polish lawyer Raphäel Lemkin in 1944 in his book Axis Rule in Occupied Europe. It consists of the Greek prefix genos, meaning race or tribe, and the Latin suffix cide, meaning killing. […]

The International Court of Justice (ICJ) has repeatedly stated that the Convention embodies principles that are part of general customary international law. This means that whether or not States have ratified the Genocide Convention, they are all bound as a matter of law by the principle that genocide is a crime prohibited under international law. […]

In the present Convention, genocide means any of the following acts committed with intent to destroy, in whole or in part, a national, ethnical, racial or religious group [including acts such as] Imposing measures intended to prevent births within the group [and] Forcibly transferring children of the group to another group. […]

Convention on the Prevention and Punishment of the Crime of Genocide

In the present Convention, genocide means any of the following acts committed with intent to destroy, in whole or in part, a national, ethnical, racial or religious group, as such:

Elements of the crime

The Genocide Convention establishes in Article I that the crime of genocide may take place in the context of an armed conflict, international or non-international, but also in the context of a peaceful situation. The latter is less common but still possible. The same article establishes the obligation of the contracting parties to prevent and to punish the crime of genocide.

The popular understanding of what constitutes genocide tends to be broader than the content of the norm under international law. […]