Creativity based on tribal tradition, “one of the pillars of Indian culture”: Tribal sammelan at Hampi Kannada University – Karnataka 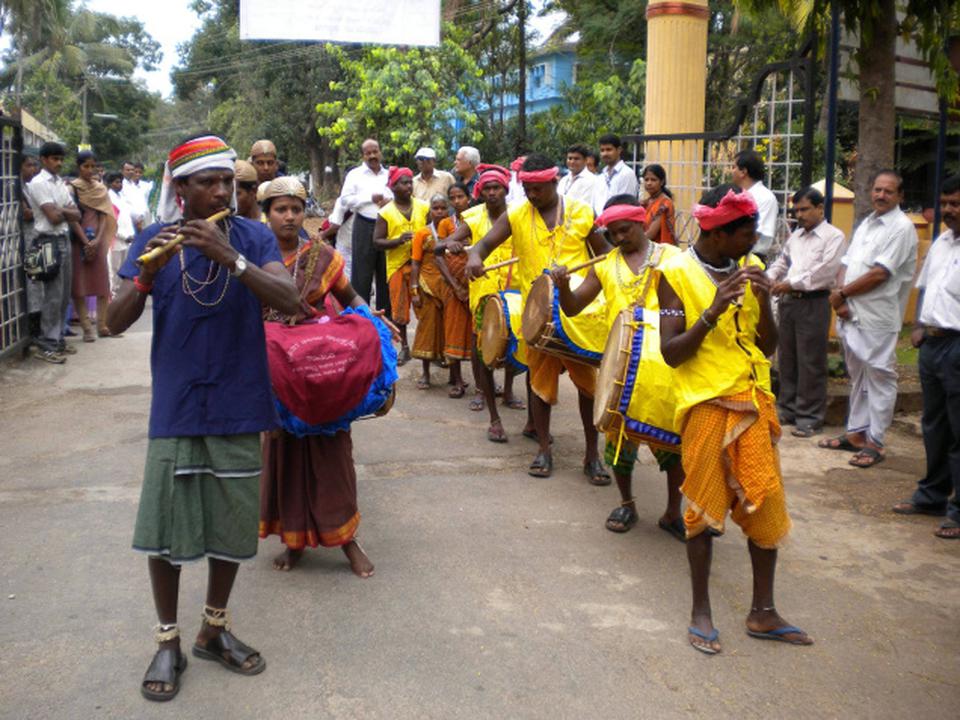 Writer and former Vice-Chancellor of Hampi Kannada University Chandrashekhar Kambar said on Saturday that the Government should take help from sympathetic scholars belonging to tribal communities in understanding the needs and problems of tribal people.

He was presiding over the inauguration of the two-day second tribal sammelan, organised by the Hampi Kannada University, District Administration and Federation of Koraga Development Associations at the Sri Bhuvanendra College here. […]

Tribals had a deep attachment for trees and animals. But politicians and officials were ruthlessly felling trees in forests for monetary considerations.

Tribals had a rich oral tradition, which was one of the pillars of Indian culture. The death of oral tradition could lead to lack of creativity. By saving the tribals, the oral tradition would be saved. It was necessary to document the epic poetry of the tribal community, Dr. Kambar said. […]


View Tribal culture in the Indian press in a larger map