The world’s largest and strongest spiderweb: Long used by tribal people and “set to become a major product” – Western Ghats

Webs of steel: The Golden Orb Web Spider is not the largest spider, but makes the largest and strongest web. It gets its name from the golden colour of its silk. […]

Tribal people have long used the webs of these spiders. In the South Pacific, the web silk is used to make fishing lures, traps and nets. In the Solomon Islands, the spider web is collected by winding it around sticks to make large sticky balls which are suspended just above the water. Needle fish are lured to jump out and get entangled in the ball. In Southeast Asia, people make a net by scooping up the web between a stick bent into a loop. Spider webs have been used as bandage to stop blood flow and used to make bird snares.

In modern times, the Golden Orb Web Spider’s silk is set to become a major product. The silk is almost as strong as Kevlar, the strongest man-made material which is drawn from concentrated sulphuric acid. In contrast, spider silk is drawn from water. If we could manufacture spider silk, it would have a million uses from parachutes, bullet-proof vests, lightweight clothing, seatbelts, light but strong ropes, as sutures in operations, artificial tendons and ligaments. Studies are now being done to have genetically engineered plants produce fluid polymers which can be processed into silk! […]

Photo credit: girish-galibore-thattekad – to enlarge and for more information, click on the image 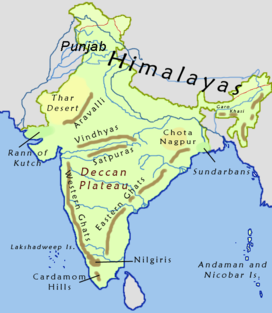 The Western Ghats are no ordinary ecosystem. They constitute the water tower of peninsular India, providing water to 245 million people and draining a large part of the land surface of India. They are also a treasure trove of biodiversity. The Convention on Biological Diversity confers sovereign rights over these elements of biodiversity for which we are a country of origin. India can play an important role in research relating to such biodiversity elements and claim a share in the commercial profits flowing out of their use. The elements of value not only include medicinal plants and cultivated species of plants and their wild relatives, but seemingly worthless creations such as spider cobwebs, which turn out to be sources of a new kind of silk stronger than steel. Notably enough, such elements of value are by no means confined to natural forests, but occur everywhere across the Western Ghats, underscoring the need to maintain connectivity amongst biodiversity rich habitats. […]