Click on the image to view the slideshow and read more 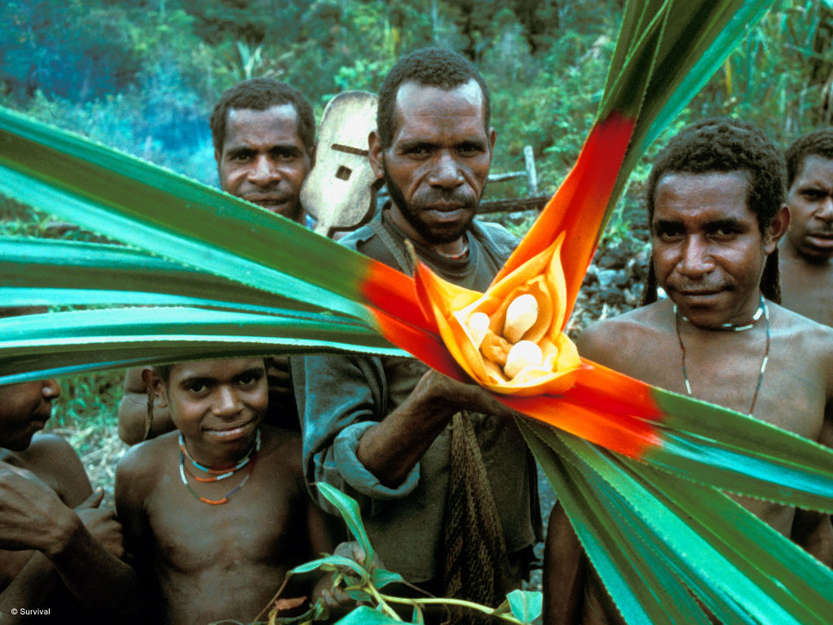 Many tribal peoples have an encyclopaedic knowledge of native animals, plants and herbs; the Yanomami, for example, use around 500 species of plants on a daily basis.

The Yali people of West Papua excel as ecologists, and recognize at least 49 varieties of the sweet potato and 13 varieties of bananas.

From the hunting peoples of Canada to the hunter-gatherers of Africa, tribal peoples have found ingenious ways of surviving over thousands of years. By Joanna Eede

For many tribal peoples, continuous immersion in nature over thousands of years has resulted in a profound attunement to the subtle cues of the natural world.

Acute observations have taught tribes how to hunt wild game and gather roots and berries, how to sense changes in climate, predict movements of ice sheets, the return of migrating geese and the flowering seasons of fruit trees.

Sophisticated hunting, tracking, husbandry and navigation techniques have also been the ingenious responses of tribal peoples to the challenges of varied, and often hostile, environments.

The development of such observations and skills is not only testament to the latent creativity of humans and their extraordinary ability to adapt, but has also ensured that when living on their lands, employing the techniques they have honed over generations, tribal peoples are typically healthy, self-sufficient and happy.

I am the environment, said Davi Kopenawa Yanomami. I was born in the forest. I know it well.