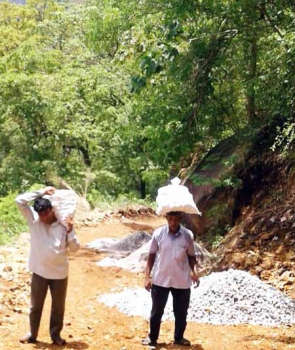 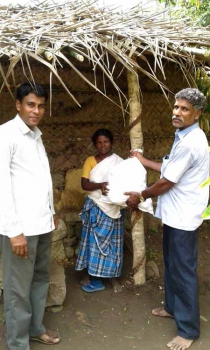 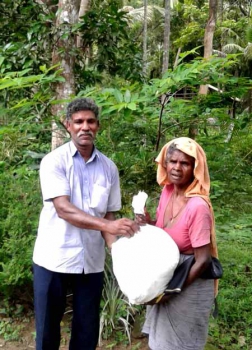 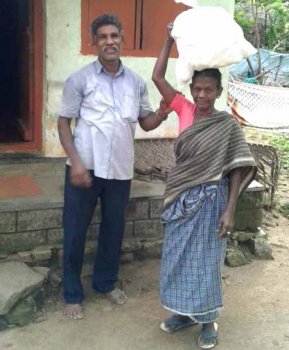 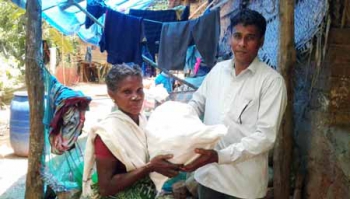 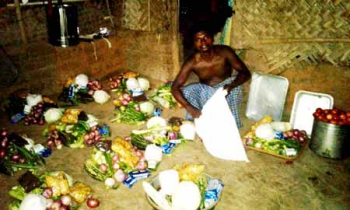 We thank you for your benevolence and charitable disposition towards the tribal people, that by your support our volunteers were able to reach Kalaparai and other places which are usually unreachable places situated at the peak beyond the Pechiparai dam, trekking in hilly forest trails for two hours. They distributed food materials to the economically poor tribal people. Once they were food producers now turned to be food consumers due to the animal raids of their crops.

Photos and text: food aid in the wake of the Covid-19 crisis
(courtesy Davidson Sargunam, 17 May 2020)

In Tamil Nadu, 36 tribal communities live and six of them are found in the district. According to the census of 1981, the tribal folks are 7,854 (0.45 per cent). Of the six tribes, documentary materials are available on the Kani tribe, who forms the numerical majority.

Kani is a word denoting 24 ‘manais’, while one ‘manai’ is a piece of land covering an area of 823 square meters. A person who kept this land under his control also came to be called Kani, said the environmental educationist, S.S. Davidson. […]

One of the group members S.S. Davidson told The Hindu that the district forests formed an integral and important part of Agasthiyar hills which was one of the micro-endemic centres. The staple food of the Kani tribe was rice. The tribal people were in the habit of using traditional wild strain of paddy called ‘karainel’. It was not cultivated presently, owing to man-animal conflict.

The traditional ‘hunter gatherer instinct’ still existed in the tribal people and they collected nuts, fruits, tubers, greens and mushrooms in forests.

The present study was based on field trips and personal interviews with tribal people of various tribal settlements in the forests and hills of the Western Ghats of Kanyakumari district. […]

A large number of plants and animals that were used by this Kani were not widely known as food resources, which have medicinal values. Of the less known food resources, mushroom occupied a vital role. The tribal people collected the edible mushrooms in the wild after the monsoons. They collected the mushrooms early in the morning in bamboo or reed baskets. Thus collected mushrooms were cleaned in fresh water twice or thrice and slightly pounded in wooden mortar with an equal amount of rice. Then both were boiled with little water added with spices, salt and wild green chillies. Then it was served with cooked rice or cooked tapioca, said M. Sankaran Kani and S. Sukumar Kaani of Vellambi Hills.