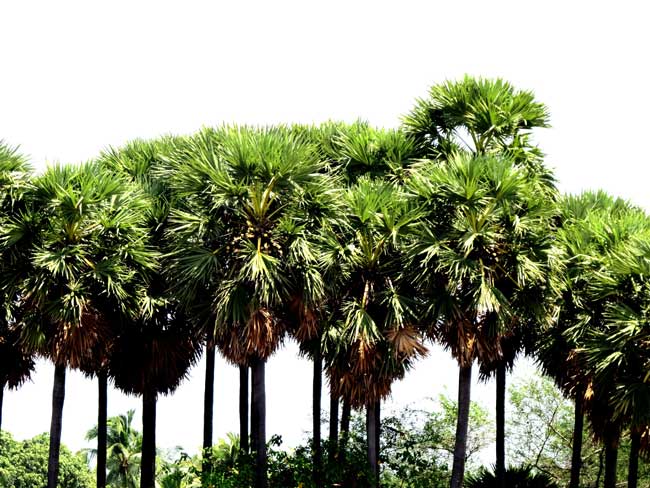 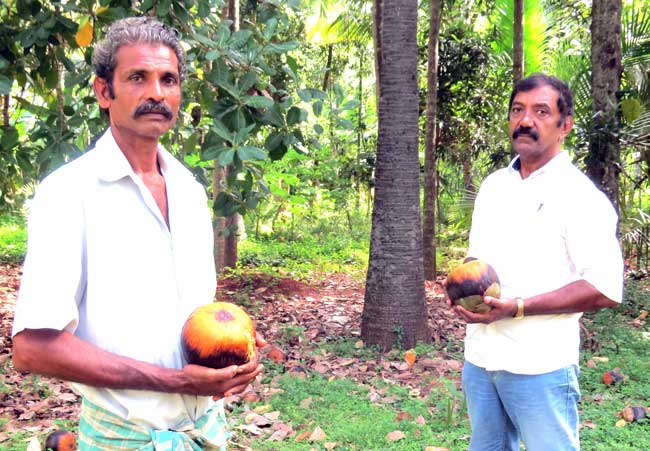 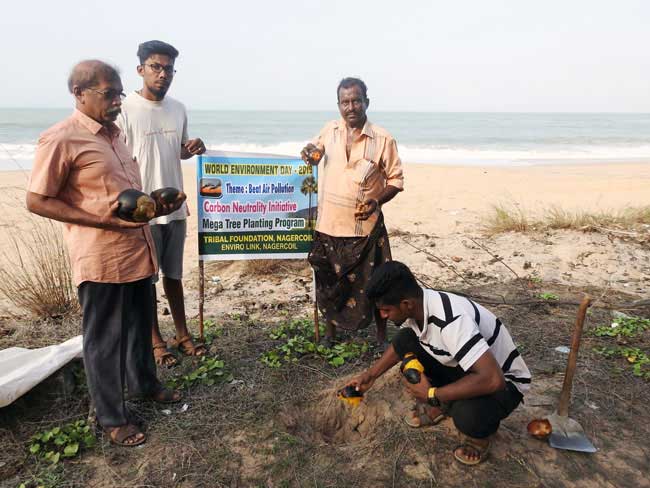 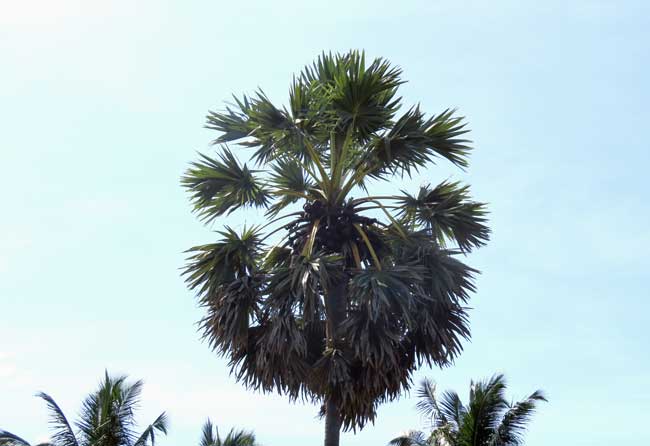 More than 1,000 Palmyra (Borassus flabellifer) known as Asian Palmyra Palm, seeds were planted at the Pallam coastal belt on the Arabian Sea in Kanyakumari district  as a carbon neutrality initiative by Enviro Link and Tribal Foundation, Nagercoil as a mark of celebrating World Environment Day.

S S Davidson, environmental educator who took the initiative to plant the seeds said that the palm can withstand drought and grow strong. In the present times with drastic changes in climate, and many parts of Tamil Nadu facing drought situations, that there is no investment needed for its growth, for irrigation, maintenance or for inputs like fertilisers and pesticides. The benefits people derive from the palm are not less comparing to what people secure from other trees.

In 1978, the palmyra was declared as the State Tree of Tamil Nadu.

The palm matures and starts yielding within 15 years if the land has water facility and within 25 years if it is dry arid land. It can grow up to 30meters in height and will last a century.In ancient India and Indonesia, Palmyra leaves were used for writing purposes.

The germinated seeds form fleshy sprouts below the surfaces a tuber , which can be boiled and eaten as a fibrous, nutritious food. The germinated seed’s hard shell is also cut open to take out the crunchy kernel. The young, jelly-like seeds called Nungu is a delicacy and during summer that it cools the human physique.

The black timber of the palm is hard, heavy, and durable and highly valued for construction, especially in structures exposed to water, such as wharves, fences and boats.

People are witnessing the tragedy of the Palmyra trees being cut to be used as fuel for brick kilns. When people are facing heating of the earth and depletion of ground water resources, humans must pay attention to one of the hopes, bestowed by nature – the palm trees.

While comparing the palmyra with other trees of Tamil Nadu one can realise The Palmyra offers its produce to the people throughout the year. There is Neera, the sweet juice of its fruit, a fruit with a soft inner kernel holding sweet water. In addition to their cooling properties, palm fruit, palmyra root, thavun, jaggery are known for their healthy nutrients.

Palmyra trees are beneficial to other living beings as well: they provide the habitat for a host of birds as kites, parrots, peacocks, black ibis and the Baya Weaver birds.

Peacocks sleep on palmyra trees at night while other birds even breed there. Some of the nocturnal birds can be seen resting on the palmyra in between their hunting trips.

Most trees spread their roots horizontally while the roots of palmyra go straight downward vertically and their tubular roots store water.

Palmyra trees are extremely resilient: they can survive in the context of extreme droughts and erratic rainfall.

Moreover, when cyclone and hurricane strike, the palmyra trees block their path and decelerate their speed, besides preventing sand erosion.

Davidson said they have plans to plant about 50,000 seeds during this monsoon season in Kanyakumari district.

Secretary of the foundation
View all posts by website administrator →
This entry was posted in Ecology and environment, Economy and development, Health and nutrition, Nature and wildlife, Organizations, Seasons and festivals, Success story, Western Ghats - tribal heritage & ecology. Bookmark the permalink.