A splendid way of welcoming the new year among the Khamti community: The Buddhist Sangken festival (April) – Arunachal Pradesh

Not only Buddhists, but people from other religious background take part to give a secular feel to the festival. The celebration takes place for three consecutive days when the images of Lord Buddha are given bath ceremoniously. During the celebration the locals make home made sweet and distribute them. The exchange of gifts is also a common trait of the festival.

The main attraction of the festival is splashing clean water, which is the symbol of peace and purity. The images of Buddha are taken out and after the ceremonial bath. The procession is accompanied by drums and enjoyment. This holy bath of lord Buddha is an auspicious event in Arunachal Pradesh. On the final day, the images are taken back to their original place. […]

Not only people from Lohit District but from other district also celebrate the festival. The involvement and participation of the people shows the depth and importance of the occasion among the people of Arunachal Pradesh. 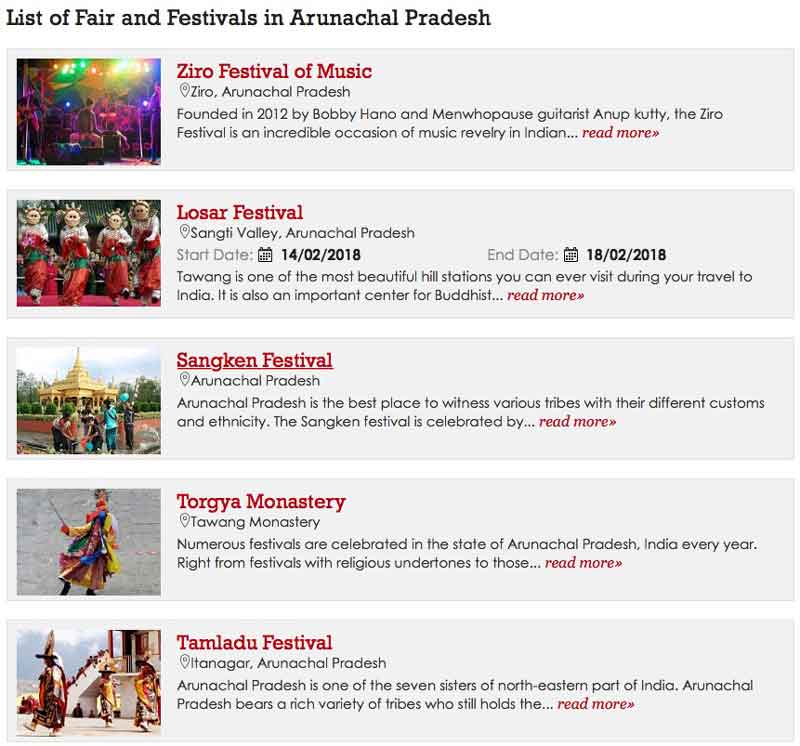 Fairs and Festivals in Arunachal Pradesh

Arunachal Pradesh is home to a good number of tribes. So you can find some festival or the other happening in Arunachal Pradesh at any time of the year. Be a part of the celebrations when you travel to Arunachal Pradesh. For this, just get in touch with us today and we will help you plan a most memorable holiday.

To find publications released by Indian publishers and government institutions, type the name of a tribal community (e.g. “Khamti”), an Indian State or Union Territory (e.g. “Arunachal Pradesh”), region or any related subjects of interest (e.g. “Himalaya tribal custom”) in the search field seen below: