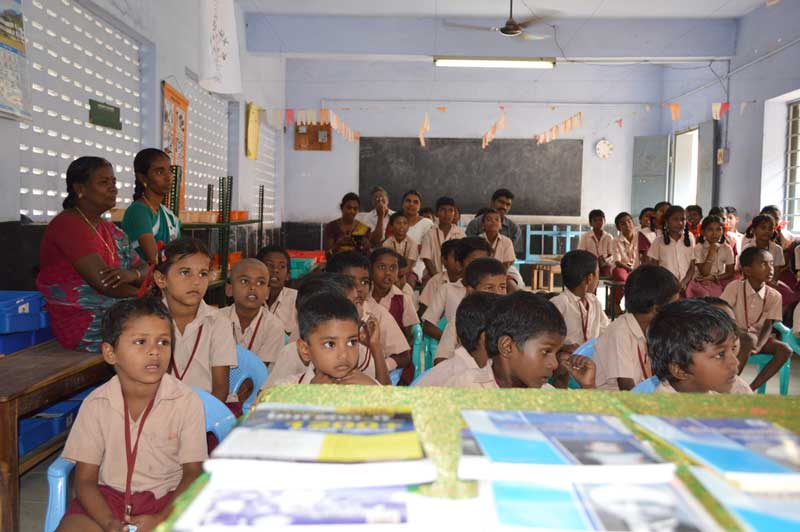 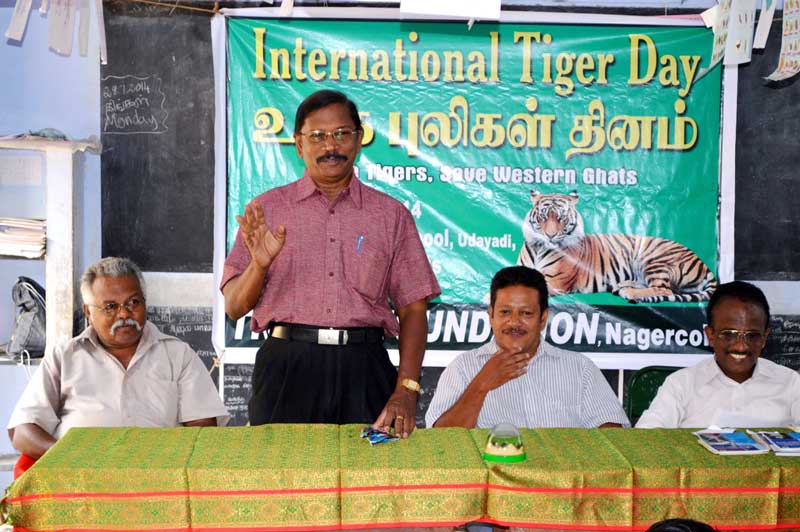 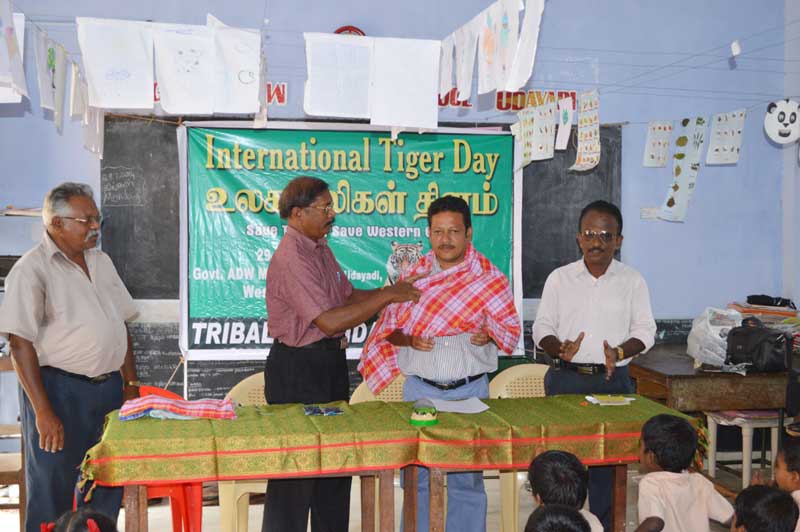 International Tiger Day was celebrated on July 29  at the Adi Dravida Welfare Middle School, Udaiadi in Kanyakumari district  at the Western Ghats by the Tribal Foundation. The day was celebrated to give worldwide attention to the reservation of tigers by creating awareness to promote the protection and expansion of the wild tiger’s habitats and to gain support through awareness for tiger conservation.

Delivering the keynote address S S Davidson, environmental educator said that it was estimated that tigers had lost 93 percent of their natural habitats due to urbanization, forest degradation, reduction of prey, encroachments of forest fringes and agriculture plantations in forest peripheries. Fewer tigers survive in small, scattered islands of habitats, which led to a higher risk of inbreeding that also make tigers more vulnerable to poaching.

He said that people and tigers were competing for space and the conflict threatens the remaining wild tigers and poses a major problem for communities living in or near tiger forests. As forests shrink and prey gets scarce, tigers are forced to hunt domestic livestock, which many local communities depend on for their livelihood. In retaliation, tigers are killed by poison, nets, noose, hunted or captured. Local community dependence on forests for fuel wood, food and timber also heightens the risk of tiger attacks and this dependence should be reduced by alternative measures of livelihood.

He said that people have to enhance habitat management practices by building capacity in human resources at all management levels through exposure to global knowledge and best practices in conservation. Knowledge exchange also entails supporting the adoption of the latest technology for wildlife monitoring, research and communications in remote tiger landscapes. People inside forests and those in forest fringes should be roped in conservation strategies with their sustained support.

India is taking concrete measures to conserve this animal by establishing Sanctuaries and Reserves in various parts of the country.

Addressing the students Jacob Robert Singh, Managing Trustee of the Foundation said that habitat degradation, fragmentation, and clearing forests and grasslands for agriculture to support the growth and sprawl of human settlements have resulted in man versus animal conflicts in recent days, which should be managed scientifically with the participation of the common people.

Competition was held in drawing a picture of tiger and prizes were given to students.