A “unique and highly significant” discovery: Rock engravings depicting a human being with a bow and arrow at near Edakkal caves (Wayanad district) – Kerala 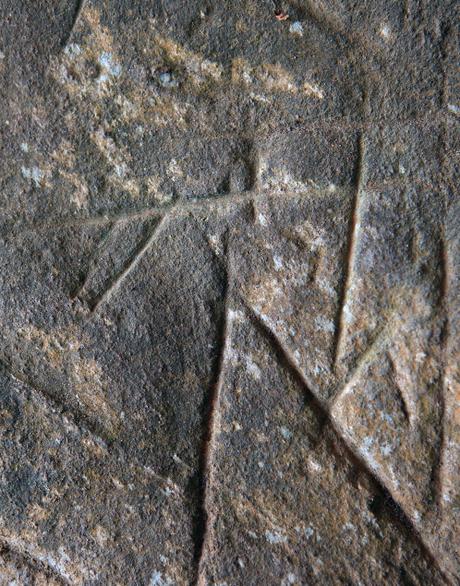 An anthropomorphic figure has been discovered among the prehistoric petroglyphs (rock engravings) on the Thovari hills near Edakkal caves in the Wayanad district of Kerala. […]

The petroglyph, a stylistic depiction of a human being with a bow and arrow in the left hand, bears a close resemblance to the motif of the Indus valley seal. […]

Although many geometrical figures on the rock wall, similar to those in Edakkal caves, were identified by M.R. Raghava Varier, a notable historian, in the 1980s, this is the first time an anthropomorphic figure was found on the wall.

Dr. Varier, who has undertaken a comprehensive study on the petroglyphs, told The Hindu that the finding was unique and highly significant as it looked like a prototype of the anthropomorphic figures represented on the walls, especially on the western wall, of the Edakkal cave.

“One of the motifs on the wall of the Edakkal cave is an elaborated one of the new finding and we assume a kind of continuity in both engravings,” Dr. Varier said, adding that it was difficult to find any similarity in the richness of both the engravings. […]

The proximity of the site to Edakkal also increased the magnitude of the new finding, he added.